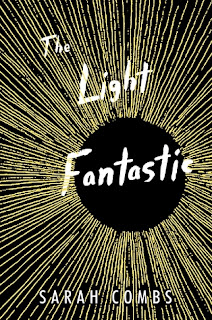 Seven tightly interwoven narratives. Three harrowing hours. One fateful day that changes everything.
Delaware, the morning of April 19. Senior Skip Day, and April Donovan’s eighteenth birthday. Four days after the Boston Marathon bombing, the country is still reeling, and April’s rare memory condition has her recounting all the tragedies that have cursed her birth month. And just what was that mysterious gathering under the bleachers about? Meanwhile, in Nebraska, Lincoln Evans struggles to pay attention in Honors English, distracted by the enigmatic presence of Laura Echols, capturer of his heart. His teacher tries to hold her class’s interest, but she can’t keep her mind off what Adrian George told her earlier. Over in Idaho, Phoebe is having second thoughts about the Plan mere hours before the start of a cross-country ploy led by an Internet savant known as the Mastermind. Is all her heartache worth the cost of the Assassins’ machinations? The Light Fantastic is a tense, shocking, and beautifully wrought exploration of the pain and pathos of a generation of teenagers on the brink—and the hope of moving from shame and isolation into the light of redemption.

Disclaimer: I am working with Candlewick Press for this review and they kindly supplied the book in return for an honest review.

This book was a harrowing, realistic read that opens up conversation into a very serious real life issues plaguing the teenagers of today. The plot is not overly original, but it doesn’t have to be since it is a dialogue on the issue of school shootings which happen all to often in today’s world. Where the book is unique is in the way it was told.

I loved the use of different mediums such as hashtags, forum boards, etc. that were used in the book. It created an atmosphere while I was reading and made it connected to the real world, since if it were to happen this is what teenagers would use and how they would do it. It also gave some insight into the mental health of the characters associated.

This was more of a character driven book than a plot driven book which is ok and I thought part of the point of the book. I did think at some point that the three main characters would cross paths but they never did which kind of disappointed me. While it was hard to keep track out the multiple POVs, it was interesting to see how different people react in the same situation. Also how they view the situation depending on their situation in life and their own history. One character was connected to another in some way which was the perfect example of six degrees of separation, and how we all may be apart and different people but we are all still connected.

April was by far my favourite character in the book. She has hyperthymesia which is a condition where a person can remember almost every memory in their own personal history. Part of what drew me to April was her condition and how it played out on the page. April’s chapters were my absolute favourite to read.

Lincoln finds out his crush in an Assassin and tries to save her from her own destruction. Gavin is the typical teenager and victim perspective. The Teacher provided an adult’s view on the situation. Phoebe is also an Assassin, but she provides insight on the danger of victims becoming the victimizers. Pal represents the danger of making a mistake and having it broadcasted to the whole world.

The Mastermind was the creepiest character for me out of anybody in the book. I think was creeped me out was not so much the character himself, but what he represented. If this was done before the internet, nobody would have taken a child seriously. But behind the anonymity of the internet, people can choose to become whomever they want to be and there are always vulnerable people out there who will listen.

At one point in the book something one of the teachers said really hit close to home.

This really resonated with me, especially because I think it is true. Yes, the current generation doesn’t have to deal with a lot of the things that the previous generation did. But now we have our own things, the Internet, online bullying, access to the world and all of its ideals, good or bad. And we battle with ourselves, our peers, and the world with its ideas every day. And when school shooting have become as normalized as the are in the US and the world, we are fighting a war at home as well.

I did like how almost anything that happened in this book could happen in real life. It makes the story more believable and grounded in real life. It was unsettling though how realistic and accurate the book was at different points in the story. I also really appreciated that even children who had a support group of friends and family were included because it is not always those who are alone are broken.

I didn’t like how the story ended with no real conclusion. This is also very realistic in the telling though because in real life there is no neat ending when something like this happens. What I did find very unrealistic though was that April was able to just brush herself off and move on like that. After seeing a friend/acquaintance commit suicide by cop and murdered right in front of her? There is no way that wouldn’t leave a mark on her mentally. Or any of the other children involved for that matter.

If you or someone else needs help, please don’t hesitate contact someone:

http://www.mentalhealthhelpline.ca- This is a great resource where you can call, chat or email depending on how comfortable you are feeling.

http://www.nami.org/Find-Support/Teens-and-Young-Adults- Another great service that lets you call or text and they have an app for chat purposes as well.