Book Review: The Princess and the Page + GIVEAWAY By: Christina Farley 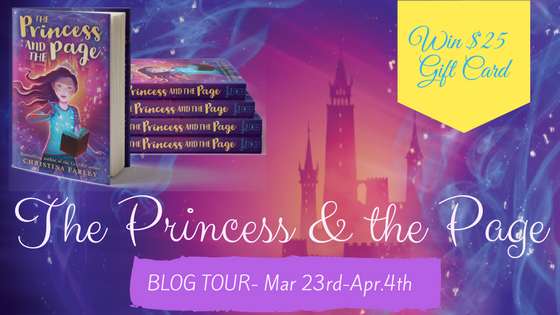 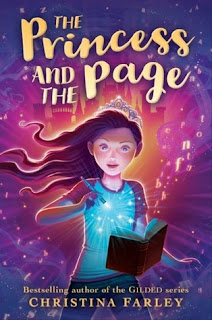 A dark secret lurks in Keira’s family. She comes from a long line of Word Weavers who bring their stories to life when they use a magical pen. But Keira’s mom is unable to face the truth of the family’s history because the Word Weavers have been hunted for generations for their power. And so, she forbids Keira to write. Oblivious to the family’s secret ability, and angry at her mom’s rule of no fictional writing, Keira discovers her grandma’s Word Weaver pen and uses it to write a story for the Girls’ World fairy tale contest, believing it will bring her good luck. But when Keira decides to have her fairy tale reflect her family’s imperfect life, and has the princess in her story vanquished to a dark tower for eternity, she starts to wonder if anyone ever truly lives happily ever after.

Find it on Goodreads

Welcome to the world of Word Weavers. I have to say, this is one of my favourite worlds that I’ve read about in a long time. I’ve read plenty of books about jumping into stories, being pulled into books, reading stories aloud and they come to life but this is the first I’ve read a book where somebody has the ability to write stories to life. It was a unique world, and one that I was immediately drawn into.
The plot was actually very interesting and while some stuff was a bit predictable, other things like who was the baddie in the end did take me by surprise. I really loved the part where history and story telling really collided. Reading this book really made me want to go back and read Inkheart by Cornelia Funke. I never finished the full trilogy so this could definitely be the opportunity to do so. I would definitely call this book the middle grade Inkheart.
Keira was kind of an odd character for me. She was many different things to different people and I never truly got a sense of who she was. To her mother, Keira was someone who had to be protected and saved, to her best friend she was the writer who won them this trip and the opportunity to have her design the ball, and to the characters in the fairytale she was their Word Weaver, while to herself was part princess, part adventurer/saviour.
Her best friend Bella, is actually quite the selfish character. She pushes Keira to write the story in the first place even knowing it could possibly get her in trouble. She may of had good intentions, but she also had the selfish desires behind Keira doing it since she wanted to come along on the trip. Also when she was designing everything for the ball she pushes everything Keira says to the side and her design works takes precedence over even zkerias safety.
Chet was kind of a weird character for me. I don’t really know why he was there, I feel like he didn’t especially move the plot along that much. I did love the fact that he’s French Canadian though. I didn’t really feel his betrayal that harshly when we found out he was spying on the girls. To me, his only value was in the other skills he had like rock climbing that helped Keira expand her horizons and gave her the skill she needed to defeat the evil in the end.
The tips, small pieces of knowledge and the little quips that were at the beginning of each chapter were adorable, hilarious and had me looking forward to seeing how they were incorporated into the chapter that they were the header of. I was also really intrigued at the beginning of the book why the date was also included in French, but once the girls won the trip to France it all started to make sense. It was little touches like those that really made the book for me.
Reading this book as an adult, it was a little bit too faced paced for my liking. It started off with a bang and then just never stopped. I would’ve liked more of a calm beginning and lead in into the full story arc. I know it is really hard to find a balance in middle grade books. You have to be able to fit in the full plot into a shorter book since the can’t be super long in this genre. But I would’ve liked so many more things to be explored within the book. It would’ve given us more of a chance to breathe instead of it just being bang, bang, bang with big plot.  Also, I found everything to be a little over the top; everything from outrageous things happening one after the other, to the way Keira and her parents reacted to their situation, to the way Keira felt within the situation.
Reading this book as a middle grader, it has everything that one could want in a story. It has action, adventure, magic, and mystery. Middle graders will be spellbound and looking for their own magical pen to start writing their own stories. I feel like in a world like today fantasy and magic are sort of seen as a waste of time. What I love most about the book is the very fact that it has so much magic and fantasy within while stimulating kids’ imaginations.
To be honest I feel like all authors are Word Weavers. They all create these worlds and adventures that suck us in and which we experience inside of our own imaginations and which we truly wish we could jump inside the pages. I certainly wish that I had a magic pen that I could write stories and then jump inside them. Hopefully this book can definitely inspire some young people to pick up the pen and start creating their own worlds to share with everyone. So come join the world of Word Weavers and read the Princess and the Page!
_____________________________________________________________________ 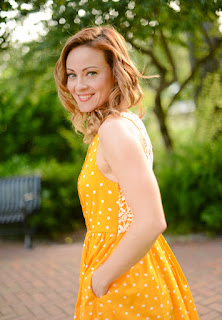 One (1) lucky winner will receive:
$25 gift card to their favorite book vendor. Giveaway open internationally. Enter below or HERE.
a Rafflecopter giveaway