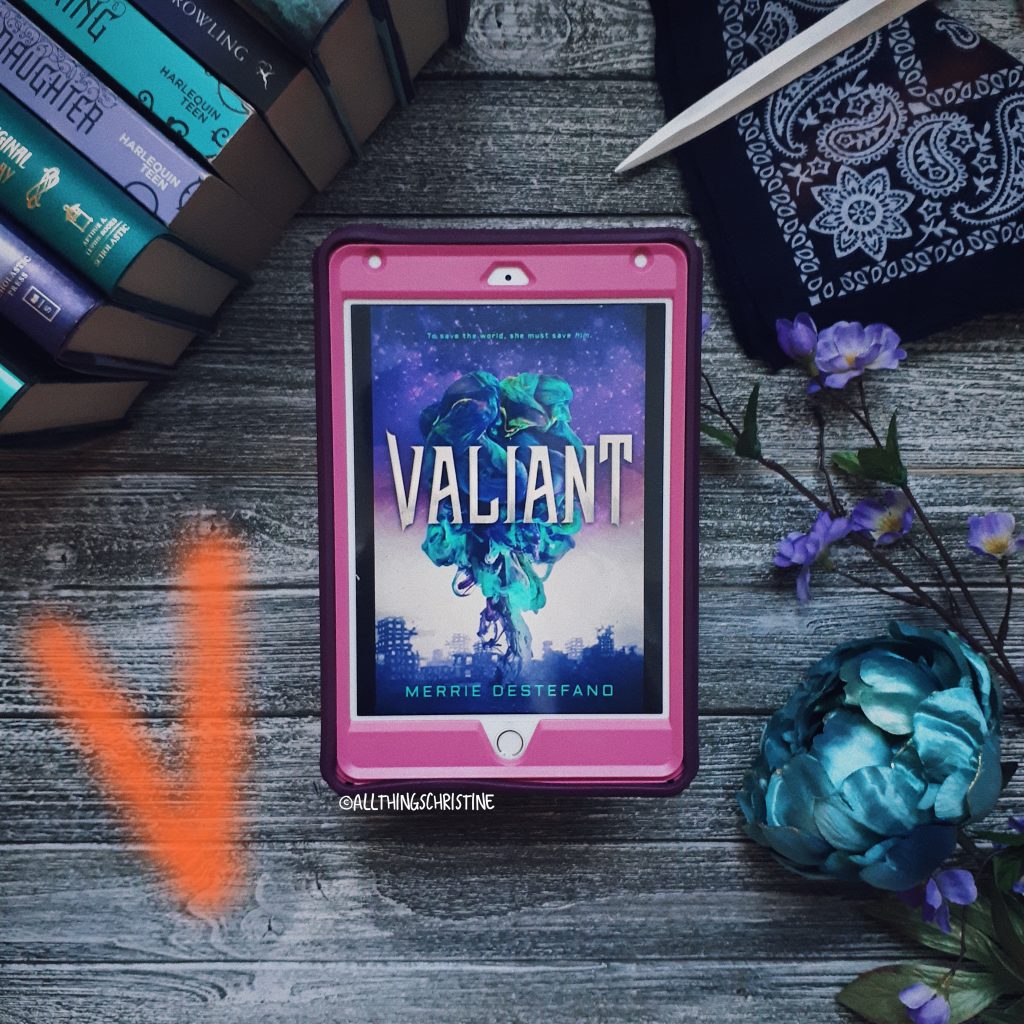 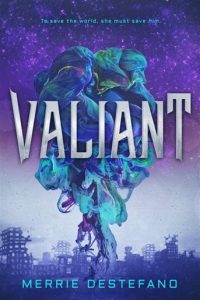 The Valiant was supposed to save us. Instead, it triggered the end of the world.

Earth is in shambles. Everyone, even the poorest among us, invested in the Valiant‘s space mining mission in the hopes we’d be saved from ourselves. But the second the ship leaves Earth’s atmosphere, our fate is sealed. The alien invasion begins. They pour into cities around the world through time portals, possessing humans, forcing us to kill one another.

And for whatever reason, my brother is their number one target.

Now the fate of the world lies in the hands of me, a seventeen-year-old girl, but with the help of my best friend, Justin-who’s suddenly starting to feel like more-maybe if we save my brother, we can save us all.

Disclaimer: I was provided an e-galley copy of this book from the publisher Entangled Teen via Netgalley. In no way has the author or the publisher influenced my review. All opinions good or bad are my own.

This book was not bad, but nothing amazing either. The problem for me is that a science fiction book has to be truly outstanding for me to love it because it isn’t a genre that I tend to read too often. It isn’t too often that you see aliens and time travel in the same book though, so that really intrigued me.

Sara got on my nerves quite a bit throughout the book. I didn’t love her as the main character, and because of that I felt like I couldn’t really connect to the story. I felt like all of the characters were pretty shallow actually. Like you didn’t really get to know the depth of them which kept me from really connecting with them. I was interested in them and how they fared but in the end I was more interested in the plot.

Natalie seemed a little unrealistic. She’s this amazing hacker, smart, and a deadly killer? I know that Sara needed a friend like this, but it just made her character seem a little too good to be true. I knew that the Xua would have a mole amongst her friends and I had my suspicions that it was Natalie. I was surprised to find out that it was actually Billy instead though. Surprised, but it made sense. It made me feel bad for Natalie though.

I don’t why the resistance on earth wasn’t really helping Sara or her team. Why do they keep turning their back on her and escaping? Why do they see her as such a threat? Isn’t she supposed to save the Earth, and that is their goal? But how is she supposed to do that on her own?

Aerithin is an interesting character that I really want to learn more about. Sara describes him as having a regal manner and I want to know if he is a member of the Xua royal family that didn’t agree with going to war and started the rebellion. I understand that he needs things to go along a certain timeline so it doesn’t deviate but why can’t he or his rebels give her more information? It is frustrating and I want to know more. I need answers!

I don’t think Justin is fully possessed, I think his Genetic abilities may save him in the end. At least that’s what I hope because his character is the sweetest of them all and the one I like the most. The romance between Justin and Sara was pretty cute so I hope that everything turns out ok in the end.

Something was always happening, but I felt like the story never really progressed that far. It was kind of confusing that we started off in the future and had to learn about this new Earth and what is happening then and then deal with the alien apocalypse on top of it. Normally I can usually pick up quite quick and move on with the story but this one took a bit of time. I sometimes had to think and ponder about something that was mentioned in this world, even commonplace things because they don’t exist in our reality and I needed to understand how it influences that world and their choices.

It is kind of an interesting loop. What I think has happened is that the people on the Valiant are going to that planet to mine, right? I think they will get there and the Xua live on that planet but those on the Valiant start a war and decimate them. But because the Xua have time travel technology that decide to make a preemptive strike and take out humans first. I’m looking forward to seeing if that theory is true.

I was hoping we would get more answers in this book on why this brother/sister duo are so important to save Earth but I guess that will come in the next book. I’m interested to find out more about Noah as well. While I didn’t fall in love with the first book I have high hopes for the sequel and where we go from here!

Overall this book was a quick and easy read that will tickle your fancy if you love aliens and tons of action. I am intrigued enough in the story that I will continue on with the sequel when it comes out. I have too many questions and I am looking forward to finding out the answers!