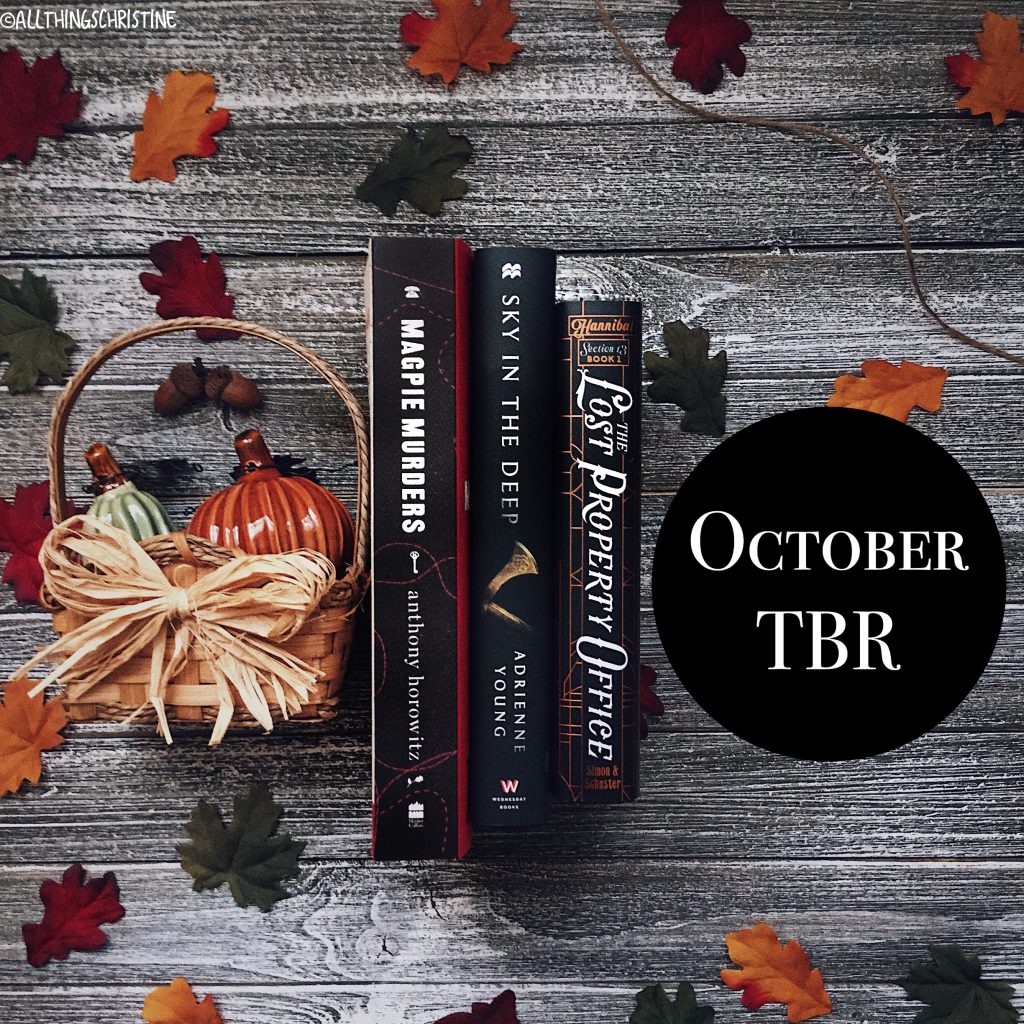 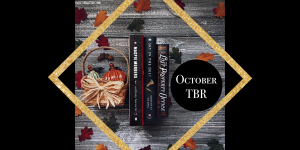 Hey guys! I realize I kind of went MIA for a couple of weeks and this is super late but I thought I would post it anyways. When fall comes around for some reason I always lean towards reading more mystery and thriller books. I have been so busy with school I decided to make this month’s TBR pretty small in the hopes that I could achieve it. So let’s jump in to my spooky October Hopefuls! 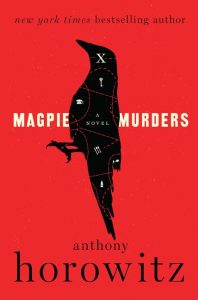 When editor Susan Ryeland is given the manuscript of Alan Conway’s latest novel, she has no reason to think it will be much different from any of his others. Having worked with the bestselling crime writer for years, she’s intimately familiar with his detective, Atticus Pünd, who solves mysteries disturbing sleepy English villages. An homage to queens of classic British crime such as Agatha Christie and Dorothy Sayers, Alan’s traditional formula has proven hugely successful—so successful that Susan must continue to put up with his troubling behaviour, if she wants to keep her job.

Conway’s latest tale has Atticus Pünd investigating a murder at Pye Hall, a local manor house. Yes, there are dead bodies and a host of intriguing suspects, but the more Susan reads, the more she’s convinced that there is another story hidden in the pages of the manuscript: one of real-life jealousy, greed, ruthless ambition and murder.

I love it when books get all meta and there is a book within a book, there is the added bonus of this book also having been written in the same style as a classic crime mystery novel. It was kind of out of character for me but I saw this book on the shelf a little while ago and was first intrigued by the cover. I realized upon reading the synopsis that it was an adult murder mystery and since I haven’t read one of those in awhile I impulsively picked it up. This book will really put me in the mood for reading again (I hope) and kick start my Halloween spirit (fingers crossed!) which has been sorely lacking this year.

Sky In the Deep- By: Adrienne Young 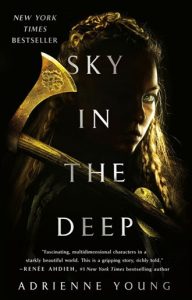 Raised to be a warrior, seventeen-year-old Eelyn fights alongside her Aska clansmen in an ancient, rivalry against the Riki clan. Her life is brutal but simple: fight and survive. Until the day she sees the impossible on the battlefield-her brother, fighting with the enemy-the brother she watched die five years ago.

Faced with her brother’s betrayal, she must survive the winter in the mountains with the Riki, in a village where every neighbor is an enemy, every battle scar possibly one she delivered. But when the Riki village is raided by a ruthless clan thought to be a legend, Eelyn is even more desperate to get back to her beloved family.

She is given no choice but to trust Fiske, her brother’s friend, who sees her as a threat. They must do the impossible: unite the clans to fight together, or risk being slaughtered one by one. Driven by a love for her clan and her growing love for Fiske, Eelyn must confront her own definition of loyalty and family while daring to put her faith in the people she’s spent her life hating.

This is a book that I wanted to read immediately after it came out but for some reason got put on the back burner and kind of stayed there. I’ve heard great things about it, and it seems kind of dark and I wanted a young adult book to read this month so I included it. I don’t completely understand it myself but for me this Viking inspired book seemed to fit in perfectly with fall. I am hoping it will be quite the thrilling book and I won’t be able to put it down. 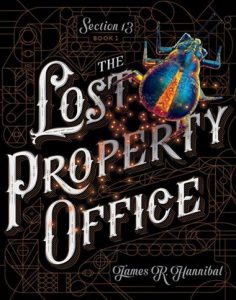 Thirteen-year-old Jack Buckles is great at finding things. Not just a missing glove or the other sock, but things normal people have long given up on ever seeing again. If only he could find his father, who has disappeared in London without a trace.

But Jack’s father was not who he claimed to be. It turns out that he was a member of a secret society of detectives that has served the crown for centuries—and membership into the Lost Property Office is Jack’s inheritance.

Now the only way Jack will ever see his father again is if he finds what the nefarious Clockmaker is after: the Ember, which holds a secret that has been kept since the Great Fire of London. Will Jack be able to find the Ember and save his father, or will his talent for finding things fall short?

I will admit that the bug kind of creeps me out on the cover of this book which is what first made me think to put it on my hopefuls list this month. This was a complete title buy, I saw it on the shelf and without even reading the synopsis, bought it. I love the copper on the cover and from the little I’ve read about it, it seems to be a middle grade action and adventure novel. Secret societies and mystery and adventures abound and I can’t wait to dive right in!

These aren’t really new books but I want to try to read the ones I’ve had on my shelves for awhile and I wanted to make sure I got a good variety too. I have and adult mystery, a young adult Viking thriller and a middle grade adventure. They all look like a lot of fun and I can’t wait to read them! Have you read any of these books? What did you think of them? What’s on your TBR for this month?