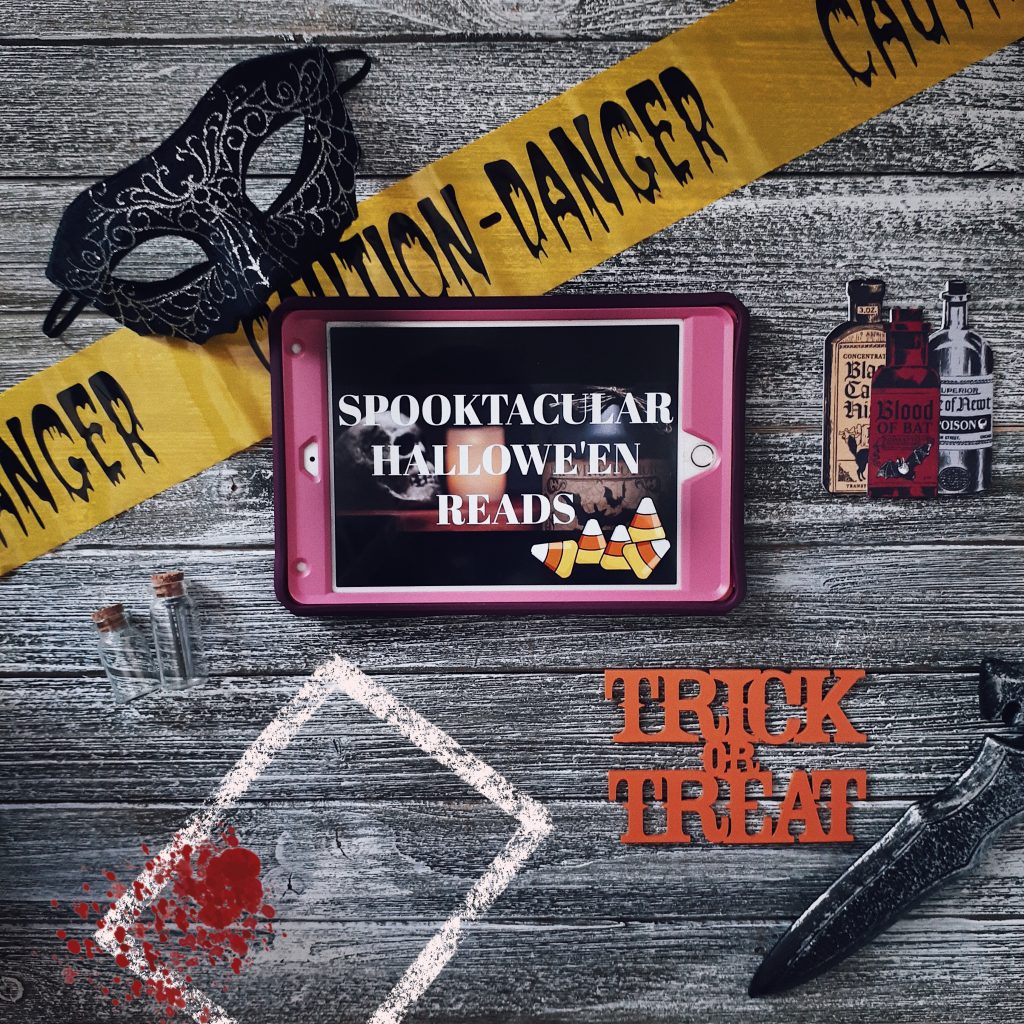 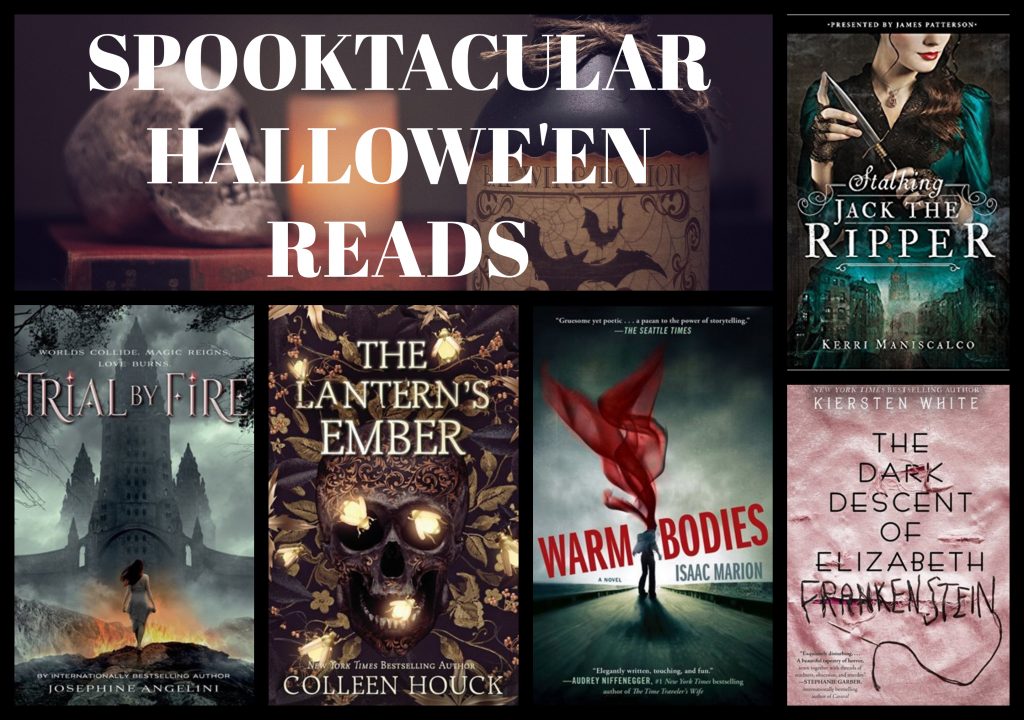 Witches and ghosts and zombies oh my! It is that time of year where we all get into creepy, thrilling, spooktacular books! Here are some wonderful books that you can check out this month to put you in that Halloween mood. But beware! You never know what may be creeping up behind you while you read in the dark…

The Lantern’s Ember- By: Colleen Houck 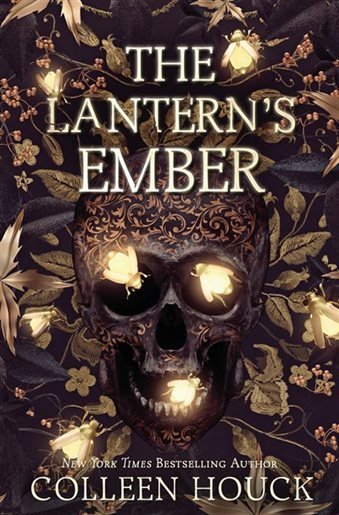 Welcome to a world where nightmarish creatures reign supreme.

Five hundred years ago, Jack made a deal with the devil. It’s difficult for him to remember much about his mortal days. So he focuses on fulfilling his sentence as a Lantern–one of the watchmen who guard the portals to the Otherworld, a realm crawling with every nightmarish creature imaginable. Jack has spent centuries jumping from town to town, ensuring that nary a mortal–or not-so-mortal–soul slips past him. That is, until he meets beautiful Ember O’Dare.

Seventeen, stubborn, and a natural-born witch, Ember feels a strong pull to the Otherworld. Undeterred by Jack’s warnings, she crosses into the forbidden plane with the help of a mysterious and debonair vampire–and the chase through a dazzling, dangerous world is on. Jack must do everything in his power to get Ember back where she belongs before both the earthly and unearthly worlds descend into chaos. 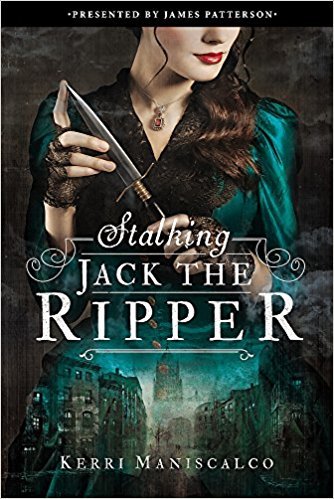 Seventeen-year-old Audrey Rose Wadsworth was born a lord’s daughter, with a life of wealth and privilege stretched out before her. But between the social teas and silk dress fittings, she leads a forbidden secret life.

Against her stern father’s wishes and society’s expectations, Audrey often slips away to her uncle’s laboratory to study the gruesome practice of forensic medicine. When her work on a string of savagely killed corpses drags Audrey into the investigation of a serial murderer, her search for answers brings her close to her own sheltered world.

The Dark Descent of Elizabeth Frankenstein- By: Kiersten White 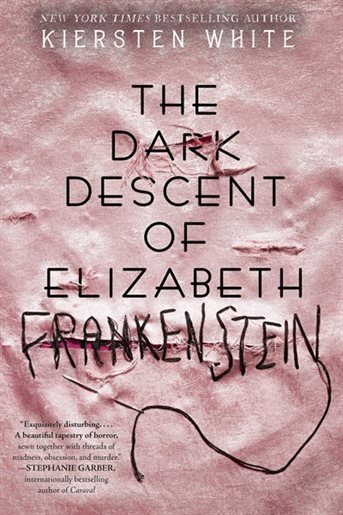 Elizabeth Lavenza hasn’t had a proper meal in weeks. Her thin arms are covered with bruises from her “caregiver,” and she is on the verge of being thrown into the streets . . . until she is brought to the home of Victor Frankenstein, an unsmiling, solitary boy who has everything–except a friend.

Victor is her escape from misery. Elizabeth does everything she can to make herself indispensable–and it works. She is taken in by the Frankenstein family and rewarded with a warm bed, delicious food, and dresses of the finest silk. Soon she and Victor are inseparable.

But her new life comes at a price. As the years pass, Elizabeth’s survival depends on managing Victor’s dangerous temper and entertaining his every whim, no matter how depraved. Behind her blue eyes and sweet smile lies the calculating heart of a girl determined to stay alive no matter the cost . . . as the world she knows is consumed by darkness.

Trial by Fire- By: Josephine Angelini 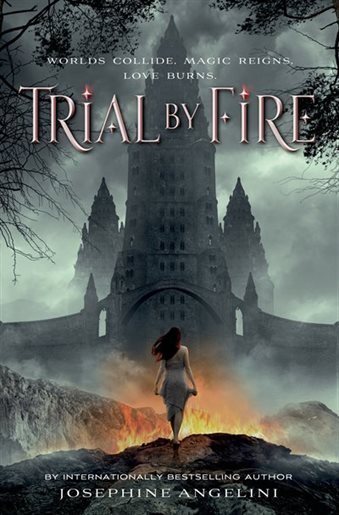 This world is trying to kill Lily Proctor. Her life-threatening allergiesmake it increasingly difficult to live a normal life, and after a completely humiliating incident ruins her first (and perhaps only) real party, she’s ready to disappear.

“Come and be the most powerful person in the world.”

Suddenly, Lily finds herself in a different Salem. One overrun with horrifying creatures and ruled by powerful women-including Lillian, this world’s version of Lily.

“It will be terrifying. It was for me.”

What made Lily weak at home, makes her extraordinary here. It also puts her in terrible danger. Faced with new responsibilites she can barely understand and a love she never expeceted, Lily is left with one question: How can she be the savior of this world when she is literally her own worst enemy? 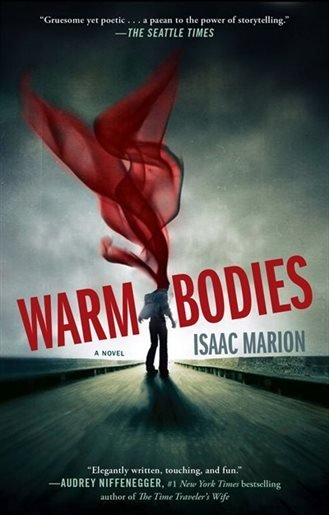 “R” is having a no-life crisis—he is a zombie. He has no memories, no identity, and no pulse, but he is a little different from his fellow Dead. He may occasionally eat people, but he’d rather be riding abandoned airport escalators, listening to Sinatra in the cozy 747 he calls home, or collecting souvenirs from the ruins of civilization.

And then he meets a girl.

First as his captive, then his reluctant house guest, Julie is a blast of living color in R’s gray landscape, and something inside him begins to bloom. He doesn’t want to eat this girl—although she looks delicious—he wants to protect her. But their unlikely bond will cause ripples they can’t imagine, and their hopeless world won’t change without a fight.

What do you think of my spooky recommendations? I tried to include various genres as well as some older and newer releases. Hopefully there is something for everybody! What is your favourite creepy book that puts you in the Halloween mood? I could always use some more because I’m just not feeling in a Halloween mood this year. Tell me in the comments down below.