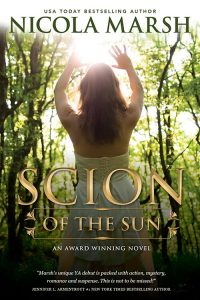 Sixteen-year-old Holly Burton’s unremarkable life is shaken to the core when a vision of the mother she never knew has her questioning everything she believes. Eager for answers, Holly enrolls at a boarding school for highly gifted students in Wolfebane, New Hampshire. When she accidentally transports to a parallel existence and discovers she has a whole other life waiting for her, confronting a dark and ancient evil seems the least of her problems. With the help of Joss, a sexy alpha warrior sworn to protect her, and her new BFF, the equally swoon-worthy Quinn, Holly faces her fears and an unlikely adversary in a showdown that is worse than anything she could’ve possibly imagined…
_____________________________________________________________________ 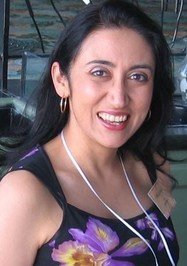 I always thought cults were for crazies. Until I joined one. Let me clear up any misconceptions. I’m not crazy. A freak, but not crazy. Which is why I’m here. Freaks R Us. A boarding school for the intellectually gifted tucked away in the back streets of Wolfebane, New Hampshire. Intellectually gifted? Yeah, right. We have a pristine lake surrounded by majestic mountains. We have lush green fields that turn into fabulous groomed ski trails in the winter. We have upscale restaurants and thriving businesses and fancy homes—city pizzazz with small town coziness. We even have our very own homegrown C.U.L.T. The Clique of Unique Luminary Telepathies. When the average person searches this place on the Internet, the home page reads Co-Ed for Unified Learning and Teaching, a New Age school for the hippest of the hip. It appears to be a rambling English manor, sandstone and massive latticed windows and French doors, surrounded by a cottage garden gone wild. All very civilized for a place of learning, but what I’d learn would scare the crap out of me. “Going in sometime this century?” I glared at Colt, sitting smug in his beat-up Chevy, eager to get rid of me. I’d been thrust on his family, Nan’s only neighbors, when she got carted off to the hospital. I hated staying with his uptight family as much as they hated having me. “Nah, think I’ll hang with you a bit longer. It’s so much fun.” He pointed at the door. “Get out.” I didn’t budge. Colt didn’t scare me. C.U.L.T. did. “I had no choice staying with your folks. What’s your excuse?” His expression turned stubborn. “How old are you anyway? Nineteen? Twenty, tops?” “Twenty-one,” he gritted out. “Too old to be babysitting dorks like you.” “Dork? That’s mature for a guy tied so tight to mommy’s apron strings he’s still living at home.” His hands clenched on the steering wheel and I jiggled the door handle. The door opened on the third try. “If you were this smart-assed with your Nan I’m not surprised she had a stroke.” Low blow. That’s what it felt like, like he’d kicked me in the guts. His words inspired the same nauseating feeling I’d had when I’d told her what I’d seen. When she’d uttered five mysterious words—she took the wrong one—and keeled over. “And she’s in a long-term coma?” He drove the boot in harder. “She’d probably do anything to stay away from you.” I grabbed my backpack, slung my messenger bag over my shoulder, and slammed the door. I couldn’t get away from him fast enough. It wasn’t what he’d said as much as the possible truth behind it. He leaned across the bench seat and leered out the window. “Enjoy the lock-up. It’s a perfect place for psychos. You’ll fit right in.” “Screw you.” Colt gave me the finger, gunned the engine, and squealed away from the curb, leaving me standing in front of my prison. Wolfebane High had sucked, but boarding school? Fine for my favorite fictional characters who thrived on girl power. Me? I wasn’t the kickass heroine so much.