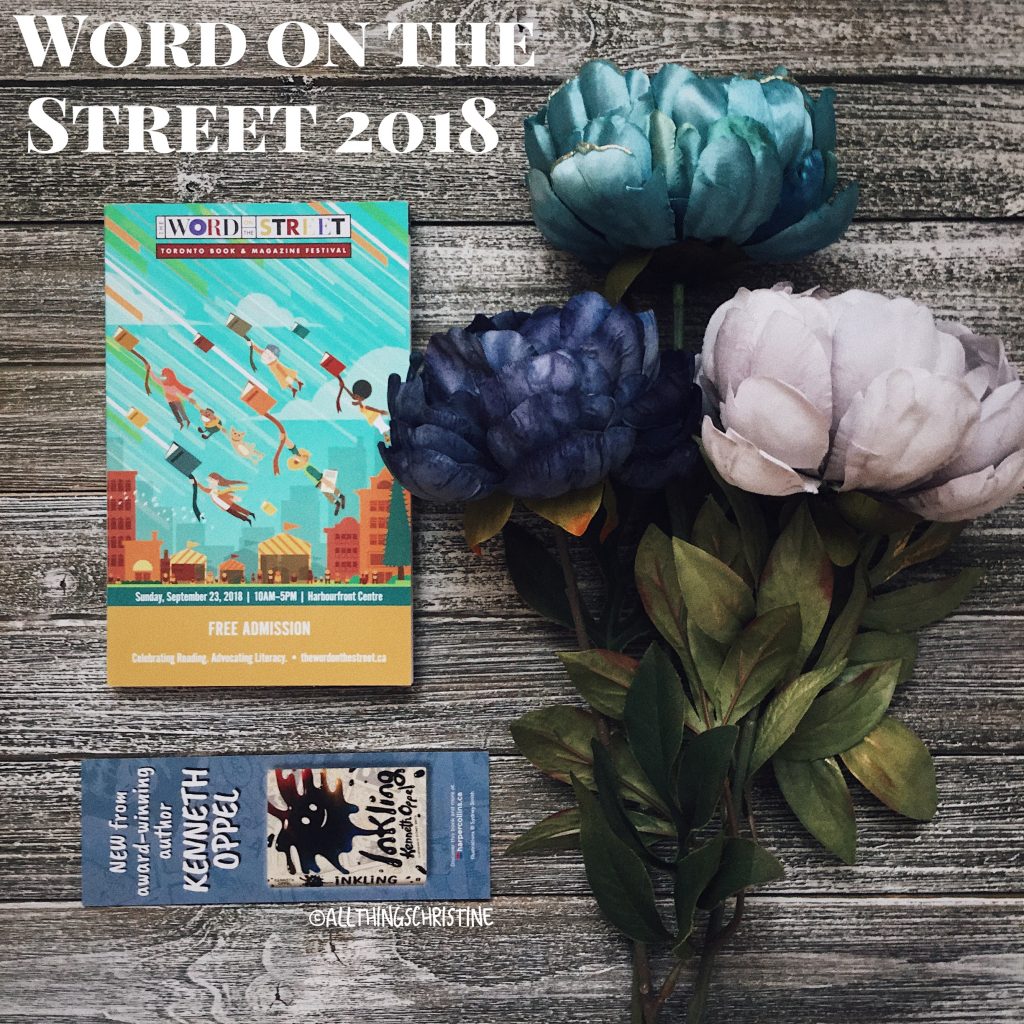 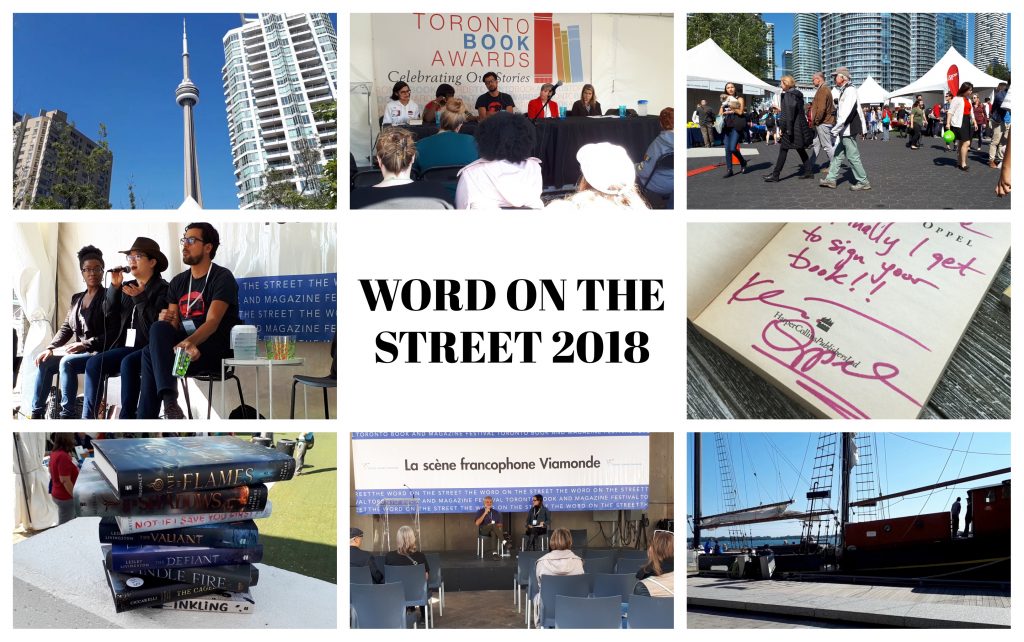 For the first time in years I am went back to the Word on the Street Book Fair in Toronto. For those of you who either aren’t Canadian or just don’t know what it is WOTS or Word on the Street is a book fair/convention where vendors and authors meet to have panels, do signings and sell all sorts of literature. Publishers big and small, libraries, magazines, newspapers, all show up to celebrate literacy.

WOTS has locations all across Canada, including: Halifax, Lethbridge, Saskatoon and Toronto. Over the last few years they’ve moved from their location in Toronto at Queen’s Park down to the Harbourfront Centre. It just goes to show how popular and big it is getting! It also helps with the new event they’ve recently started which is their Author Cruise event.

I’ve been going to this event for years and it is always a great time. I like to scout out which authors are going to be there and which panels I want to go to so I can plan my day out in advance. You can find all of the information on their website www.thewordonthestreet.ca . This year there were only a few authors I wanted to see and only one panel. So that meant I had a bunch of time to wander around and see what good book deals I could find!

If you want to see what the festival looks like you can watch the YouTube movie I made of it below.

I like to go to the tents of the big name publishers first (like Simon & Schuster, Penguin Random House, HarperCollins Canada, etc.) because they usually have the best sales on books and I hit gold when I got to the HarperCollins Canada booth. They had two parts to their tent: the first half which had brand new releases for 30% off the cover price, the other half had an assortment of books of all genres ranging from $1-$5! I picked up half of the books that I purchased that day at that half of the booth. If you want to read about my Word on the Street book haul you can do that here.

After that I wandered around the fair and at one point I helped some women take a picture and I found out what their booth was all about and got really interested. It was Project Bookmark Canada and they pieces of stories and poems in the exact, physical locations where literary scenes are set. I did an entire post about them here. They were such lovely people and I think it is such an amazing and cool idea. I would love to visit some of their sites one day!

I then made my way to my second panel of the day which featured Sarah Raughley and a couple other authors who talked about creating a second book in a series. They talked about how difficult it was, they talked about what it meant to be ownvoices authors, about diversity in the publishing industry and so much more. I thoroughly enjoyed the panel and afterwards at the signing I had such a blast talking to Sarah about anime (any other Escaflowne and Carcaptor Sakura fans out there?). I hope to be able to sit down with her and have a real conversation with her in the near future.

My backpack was getting pretty heavy with all of the books I had bought and I was getting tired from being out in the sun all day so I decided I was going to make one more round around the fair and then call it quits. So I leisurely made my way and looked at any tents I had missed before like Mirvish, audible, etc. When I was done meandering I figured I would make one last stop at the HarperCollins Canada booth to see if they had set out any new books. Just my luck, they had! I was tempted to buy another 3-4 books but I managed to restrain myself and only bought the one.

And then it was time to go home! I grabbed some dinner on the way back to Union Station and took a train back home. I had so much fun going to Word on the Street this year, I don’t know why it has taken me so long to go back. I will definitely be going back every year from now on! It is actually a dream of mine to go and be a part of a book blogger or Booktube panel at the fair and eventually attend as an author somewhere down the line. We will just have to wait and see if those dreams come true!

If you’ve never been to Word on the Street before I definitely recommend you attending next year! It is a blast and I love to see so many other people who love to read. Maybe if you go next year we can meet up! If you’ve gone to WOTS what was your experience like? I would love to hear all about it in the comments below. That’s a wrap for Word on the Street 2018.